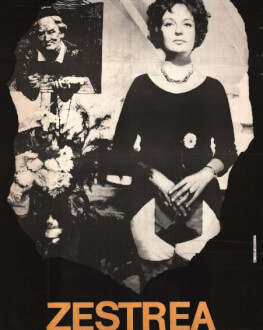 Young engineer Doru Şerban (Victor Rebengiuc) is called to the Prosecutor's Office and questioned on his wife's unlawful ways of making money. He shows solidarity with her declarations, not even knowing what they are all about. Step by step he'll learn about his wife's true character and he'll regret having broken up with Livia (Margareta Pogonat), a woman who truly loved him. Warned by a friend about Şerban's situation, Livia will also come to the Prosecutor's Office and she'll testify on the engineer's honesty and correctness, proving that he couldn't have been his wife's accomplice.

The film premiered in Romania January 15th, 1973 and it represents the cinematographic debut of the TV film director Letiția Popa. It received Best Cinematography and Best Actress (Margareta Pogonat) prizes in the 1973 edition of the ACIN Awards.