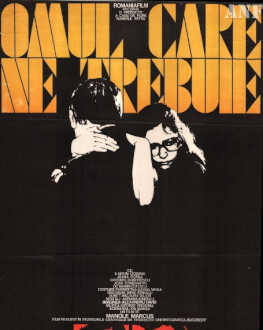 Vasile, a foreman on a building site has family problems: his wife wants him to come work in the city, his son tries to find his way in live, hesitating whether to choose mathematics or football, and his daughter is in love with the son of a local VIP. After a while, realizing that the members of his family are capable to take decisions on their own, Vasile renounces the position he was offered in the city administration, and goes back to the site.