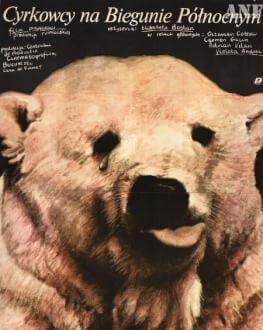 The film is a sequel of "The clowns". It describes the adventures of Fram, the bear that goes back to the North Pole where it belongs, due to Fanny (Carmen Galin) who cares and wants to set it free.

The film premiered in Romania September 20th, 1982. It was produced in co-operation with Mosfilm Studios.