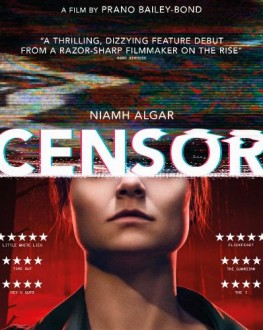 1985. Film censor Enid discovers an eerily familiar horror film that speaks directly to her past. As she unravels the mystery behind the film, she is dragged into a twisted fairytale, blurring the line between fiction and reality.