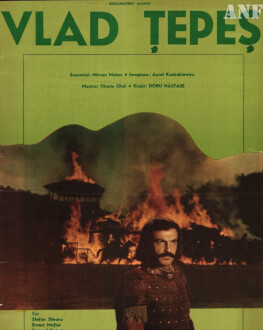 The film evokes the figure of the Romanian ruler Vlad Țepeș (Ștefan Sileanu), describing the political climate of Wallachia during the XVth century. Among other things, it presents the battle of Giurgiu when Hamza Pasha was taken prisoner, and also the harassment and the defeat of the army of Mohamed the second (Alexandru Repan).