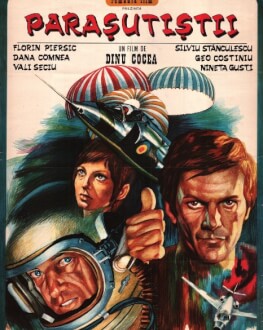 Luncan (Florin Piersic), a severe and strict paratroops commander, neglects his wife and child for his work. One day, a shy subordinate whom he admonishes before his parachute drop has an accident. Luncan goes to the hospital to see him and he meets Nora (Valeria Seciu), the man's sister. The two get emotionally involved. But the commander realizes the nonsense of this relationship and gets back to his wife. As for his profession, he will make efforts for the approval of a new type of parachute designed by a friend of his, who died during the initial tests.

The film premiered in Romania July 2nd, 1973. In this film, the actor Geo Costiniu has his debut (the character Iuga).