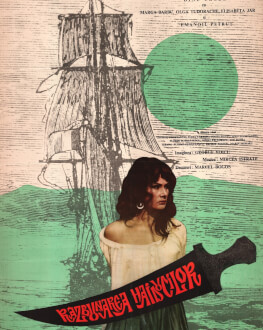 It's the beginning of the 19th century. Haricleea (Olga Tudorache), the wife of the Phanariot ruler of Wallachia (Gheorghe Ionescu-Gion) plans to kill her husband so that Hrisanti (Marian Hudac), her son of her first marriage ascends the throne. But the group of outlaws lead by captain Amza (Emanoil Petruț) takes Hrisanti hostage. Consequently, Haricleea's ally - the pasha of Vidin (George Constantin) - and his troops come to Amza's village and abduct all the maidens. In his turn, the captain and his group of outlaws go to Vidin. Helped by Aniţa (Marga Barbu), Amza's lover, they release the maidens from their captivity in pasha's harem. Meanwhile, on his wife's instigation, the ruler kills several boyars and turns their properties into hard cash. But the sultan's messenger kills him and Haricleea runs away with all the money.

PLANETA MAIMUŢELOR / PLANET OF THE APES