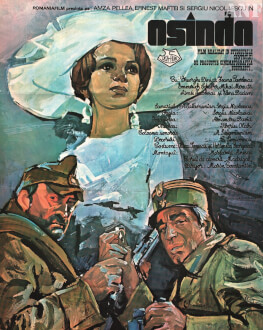 After having served a ten-year sentence following the peasant rebellion of 1907, Manlache Preda (Amza Pellea) returns home. He starts working for boyar Leon and falls in love with a poor girl, Ruxandra (Ioana Pavelescu). But the boyar's killed and everyone suspects Manlache. Innocent but also mistrusting justice, he makes for the mountains together with Ruxandra, who's pregnant. When her time comes, the woman persuades him to take her to the village. But in the terrible snowstorm, both the mother and the child die. Once he gets to the village, Manlache is shot by Ion (Gheorghe Dinică), a policeman whose advances Ruxandra had once rejected.