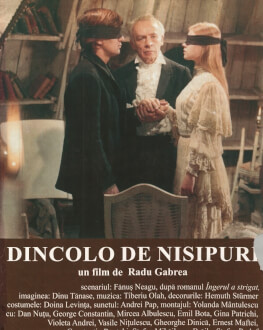 Screnplay: Fănuș Neagu, adaptation of the novel ”The Angel Has Cried Out” by the same author

Wanting to avenge the death of his father who was killed when some peasant families were moved from the Danube Plains to Dobrudja, young Ion Mohoreanu returns to the old precincts of the village. Here he meets mixed people, often outlawed, who involve him in their shady transactions. Once the land reform is over, the "businessmen" retire to an isolated area "beyond the sands". Trying to tear himself away from those people who took part in his father's death, the young man will get killed.