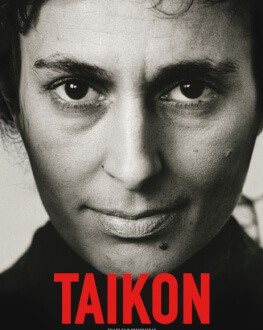 In the 1960s, Sweden had its own Martin Luther King, Jr: a woman. Specifically, a Roma woman: Katarina Taikon. Born in a country that banned Roma immigration and sterilized Roma women as a matter of policy, Taikon was propelled into the limelight at 16, when she starred in Arne Sucksdorff’s 1948 short documentary Uppbrott. She learned to read and write and became a tireless advocate for Roma civil rights, combining legal and media activism with art and literature. Her enormously popular series based on her own traumatic childhood is still one of the best-known children’s books series in Sweden and was adapted into a successful television series. The film, directed by Gellert Tamas and Lawen Mohtadi, is based on Mohtadi’s 2012 biography of Katarina Taikon, The Day I Will Be Free, and uses beautiful archival footage to open up a dark chapter of Western European history and introduce audiences into the effervescence of 1960s and 1970s activism in Stockholm — where, indeed, Taikon actually met Martin Luther King, Jr. (de Mona Nicoară)