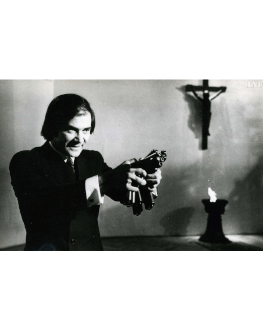 The famous music-hall theatre "Vox", the manager of which is the great actor Caratase, prepares a new show in which he attacks the political regime of the moment represented by the Iron Guard and the Nazi dosctrine. But the representatives of the Iron Guard begin to threaten Caratase and his lyricist, Friedman, calling on them to give it up. Helped by Toma, a police inspector assigned to protect him, Caratase succeeds to stage the show and to deliver his couplet.

TOTUL DESPRE EVA / ALL ABOUT EVE