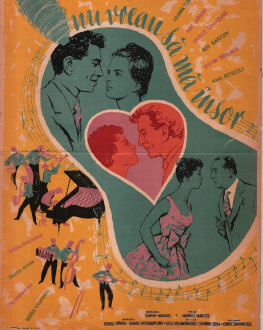 I DON’T WANT TO GET MARRIED

In a fabric factory, the man in charge with the cultural matters falls in love with a typist. Wanting to raise in her esteem, he pretends to be the friend of a famous composer whose musical comedy was to be played by the artistic team of the factory. But the typist only wants to be an influent person's protégéé. The cultural responsible is exposed and dismissed while the typist is left alone after she tries without success to win thefavour of a bassoon player whom she takes for the famous composer.