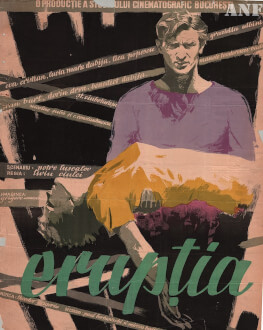 A small town in an oil field is on the point of being depopulated because the oil wells are not productive any more. Only a single group of workers lead by engineer Andrei (Jean Bart) stubbornly persists in seeking for oil among the abandoned derricks. Helped by Anca (Eva Cristian), a student come from the capital for practice, the oil-workers keeps on sinking a well until they strike a rich oil layer. The eruption that follows crowns both their efforts and the idyll of Anca and Andrei.

The film premiered December 30th, 1957 and it is the fiction debut of the director Liviu Ciulei.