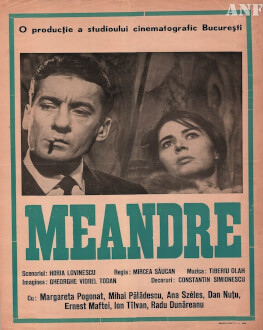 Petru (Mihai Pălădescu) and Constantin (Ernest Maftei), former faculty mates, have different views concerning their lives and professions; while the former has a bright imagination, is very creative and daring, the latter is looking only for personal comfort and material satisfaction. They contend for the same woman (Margareta Pogonat) – but even if she loves Petru, she marries Constantin for his material condition. Though he finds in Constantin an adversary who does not hesitate to remove him, Petru will surpass him professionally.

The film premiered in Romania September 14th, 1967 in a cinema out of the movie theatres circuit at that moment (The Army House), it was withdrawn from the cinemas after its premiere and it was programmed again in the ‘90s.