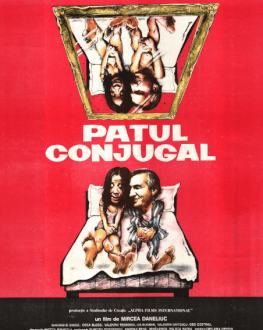 Learning that his wife Carolina is expecting a baby again, Vasile - the manager of a cinema hall - tries to make her have an abortion, given their miserable living conditions, but he fails. To make more money, Carolina rents the cinema hall to a party and the family apartment to a filming crew that makes a pornographic film starring Vasile's young mistress. The man tries to kill his wife for this, but again he fails. Full of anger, he wants to set himself on fire in the University Square, but as the passers by disapprove of him, he gives it up. He will hang himself behind the screen of the cinema hall and they'll find him during a party celebration. The child that will be born will prove to be mentally retarded.