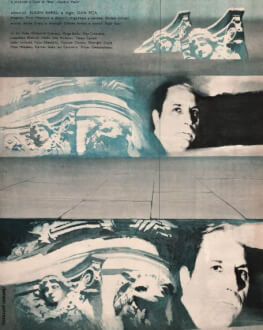 Screnplay: Eugen Barbu, after the novel ”The Black Chest of Drawers” and ”Poor Ioanide” by George Călinescu

Following architect Ioanide's destiny (Ion Pacea), the film represents an authentic social fresco of Romania between years 1938-1950. It shows the main character's artistic development from his keeping company with the aristocratic circles during the dictatorships of the Iron Guard and marshal Ion Antonescu to his assimilating the ideas of the new communist-oriented regime in his projects..

The film premiered in Romania April 28h, 1980. It won Best Production Design Prize, Best Music Prize and Diploma of Honor for Best Sound in the 1980 edition of the ACIN Awards.