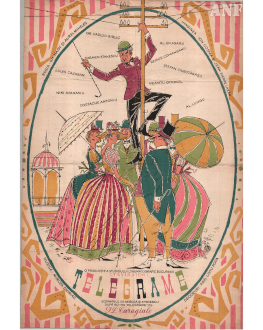 Screenplay: Mircea Ștefănescu, adaptation of the short novel with the same title by I.L. Caragiale

Following closely Caragiale's short story, the film narrates the election clashes between the representatives of the political power and those of the opposition, in a country town by the end of last century. Raul Grigorescu (Nikki Atanasiu), the leader of the party in power slaps Costăchel Gudurău (Grigore Vasiliu-Birlic), the leader of the opposition, in the face. This causes all sorts of election teasing between the two opponent groups. But Gudurău sends some telegrams that alert the officials from the capital and their intervention makes the two party leaders reconcile, much to the perplexity of the two opponent groups who intended to fight in the town square.