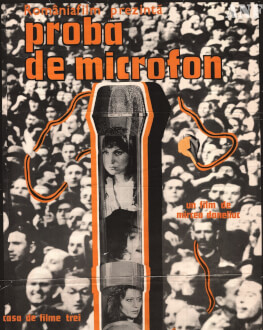 Directed and written by: Mircea Danieliuc

In the North Station of Bucharest, a team of two reporters, Nelu and Luiza, make a feature report on the people caught travelling without a ticket. Thus, Nelu meets Ani, an easy-going young woman he falls in love with. He fails in his trying to build a serious, long-lasting relationship with Ani, and he'll have to give up to her when he's drafted and she marries someone else.

Once upon a village / A fost odată un sat