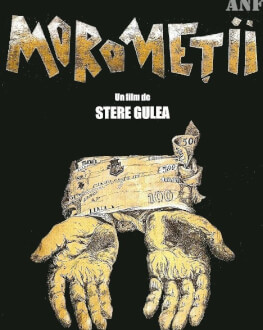 Screenplay: Stere Gulea, adaptation after the novel with the same title by Marin Preda

An accurate filming of Marin Preda's novel, the film is a fresco of the Romanian village of the late thirties, describing the efforts of Ilie Moromete, a peasant trying desperately to keep his family and his land together. But it's all in vain. Abandoned by his sons of his first marriage who leave for the city with the flock of sheep, he has to sell part of his land to pay the taxes and to live on together with the present wife and the other three children.

The film premiered in Romania September 28th, 1987. In 1988, it won Best Actor Award (Victor Rebengiuc) at San Remo Film Festival (Italy) also Third Prize (Bronze Bunch) and Best Actor Award (Victor Rebengiuc) at Santarem Film Festival (Portugal). It is one of the best-known films produced before 1989. In 2018, the film Moromete Family: On the Edge of Time, a sequel of the adaptation made in 1987, made by the same director, was released.