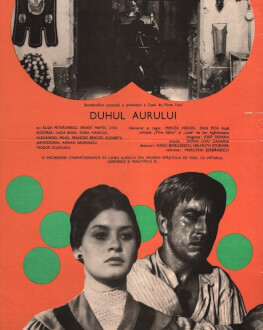 The film has two stories: "The chest" and "Mârza.

The chest (1): Clemente (Ernest Maftei), an old man whom everybody knew to have a chest full of gold, buries his young wife. Another young woman, anxious to inherit the old man's gold, marries him, but when she finds out that the chest only contained stones, she dies too.

Mârza (2): Mârza (Liviu Rozorea) -a gold digger- comes to a little town in the Apuseni mountains. The publican's wife (Eliza Petrăchescu) tells him about a gold-bearing load and puts him off with alluring prospects. But after Mârza digs up enough gold, she orders a former prisoner who was in her service to kill him.

The film premiered in Romania October 28th, 1974 and groups two of four stories by Ion Agârbiceanu directed by Dan Pița and Mircea Veroiu. The other two stories are included in the film THE STONE WEDDING (1973) by the same directors.