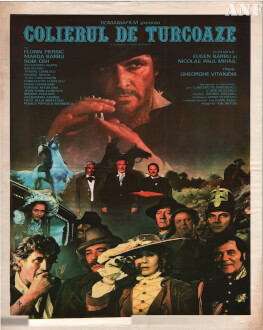 Resuming the series that began with "The death road", the film presents the adventures that Mărgelatu's group goes through to release some Austrian hostages that were held on purpose to cause a diplomatic conflict. The mission is accomplished, the hostages being tracked down by the turquoises that they left behind, one by one.