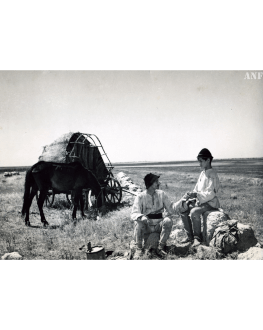 Orphan of both parents, little Matache (Nuță Chirlea) leaves the native village in search for the wind-thrown thistles. He is sheltered by Tudoriţa (Ana Vlădescu), a beautiful and kind gypsy woman who takes him to her village. There he witnesses the drama of the gypsy woman and her lover, together with the tragedy of the villagers murdered in the conflict with the army sent over by the boyar, frightened of a possible rebellion.

The film premiered in Romania February 28th, 1958. It was screened in Cannes Film Festival in 1958.