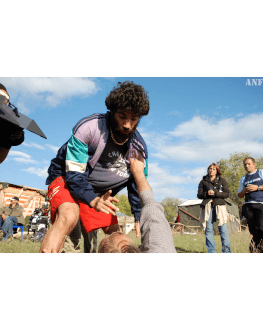 While working in Europe, Avram (Valentin Popescu) comes to realize that Italians are paying good money for trained dogs that can protect them from the waves of immigrants. That's Avram returns to Romania to start breeding watch dogs which he can later export to Italy. As it happens, he settles next to a camp of immigrants recently sent back from Rome. Thus, the Italian tension is willy-nilly reenacted on the banks of the Danube.