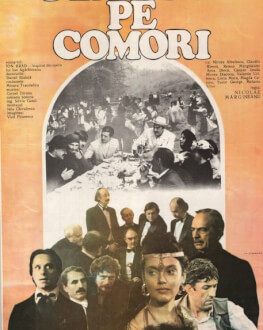 Screnplay: Ion Brad, after the novel ”The Archangels” and ”The Gost of the Mines” by Ion Agârbiceanu

Hounded by the Hungarian authorities for having raised the Romanian flag on the church of Blaj, Vasile Mureşanu (Claudiu Bleonț) retires to his native village lying in a gold mining area. He falls in love with Ilenuţa (Anca Dincă), the daughter of Ion Rodean (Mircea Albulescu), the rich manager of the mines. The man strongly opposes the marriage of the two since he doesn't want a son-in-law of a humble origin. But after the village innkeeper has Rodean ruined, nothing stands in the young ones' way any more.