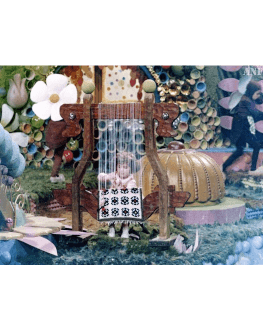 Loosing her good friend, the Duckling, Veronica sets out to look for it and again she reaches the forest. Her friends here, both old and new acquaintances - such as the Cricket - help her set free the Duckling that the tricky Fox had locked up. Very happy, Veronica gets back to the children's home where everybody waits for her, worried by her new disappearance.

The film premiered in Romania December 17th, 1973. It was produced in co-operation with Mosfilm Studio and was shot at the same time as ”Veronica”, the first Romanian musical for children.