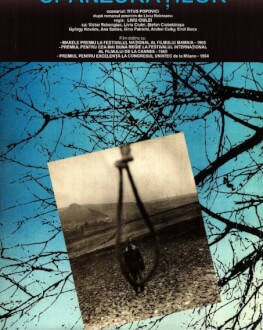 Screnplay: Titus Popovici, adaptation after the novel with the same title by Liviu Rebreanu

Following accurately the narration of the well-known novel, the film highlights the psychological evolution of the main character, the Romanian lieutenant Apostol Bologa (Victor Rebengiuc) of the Austrian-Hungarian army during World War I. He begins by dutifully obeying his senior officers' orders, and ends up by deserting from the army to avoid having to kill his fellows countrymen during the armed struggle with the Romanian army. Although he is caught and hanged, Apostol dies with a free heart

The film premiered in Romania March 16th, 1965 and it was presented at the Cannes Film Festival the same year obtaining Best Director Prize.