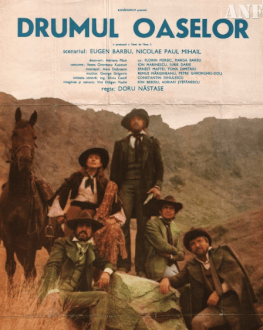 In 1848, four members of the "Brotherhood" secret organization, lead by Mărgelatu (Florin Piersic), are appointed to take a treasure to Sibiu and trade it for weapons for the revolution. The treasure is to be handed over to a man named "The Yellow Rose". An actress, Agata Slătineanu (marga Barbu), joins the group, and the five have a hard time while being followed by police prefect Villara (Petre Gheorghiu-Dolj) and his men. Two of them die in the fight, another one and the actress prove to be spies and Mărgelatu - in fact the Yellow Rose himself - kills them.

The film premiered in Romania May 19th, 1980. Mărgelatu's adventures will be continued in "The Yellow Rose" and "The Mysteries of Bucharest" by Doru Năstase, "The Silver Mask" and The "Turquoise Necklace" by Gheorghe Vitanidis and "Everything Gets Paid For " by Mircea Moldovan.