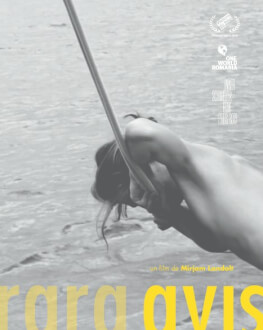 In little over an hour, filmmaker Mirjam Landolt depicts the daily life of five teenagers who are now in the course of social reinsertion after a journey through youth detention centers. At the time of the shooting they are integrated in a socio-educational program which involves a Pacific Ocean cruise on a sailing ship, an exceptional circumstance which confronts them with situations that are completely strange compared to their regular environment, but at the same time teaches them some generally accepted behaviours, such as living among other people. The cleverness of the film resides in the extremely steady and unspectacular construction of a subject, the didactic dimension of which is easy to overplay. The trajectories of the protagonists are revealed to the viewer through bits and pieces, through the words of the teenagers themselves, who thus retain a certain degree of control over how they are represented. The freedom they benefit from on the ship, although framed by a team of adults, is never commented on directly, but Landolt’s camera subtly reminds us of the prisoner condition they left behind, by closely filming their somewhat clumsy bodies and their oftentimes opaque faces. If the intention behind the educational program is clear, the point of view of the film is more nuanced: it show affection for these young people, but leaves us perplexed when it comes to what awaits them once they return to “civilization.” (Liri Alienor Chapelan)

Mirjam Landolt (born in 1983, in Switzerland) is a visual artist and filmmaker. The themes she explores in her work revolve around nature, communities, habits, rituals, as well as the relationship between reality and the imaginary, and the way they intermingle.