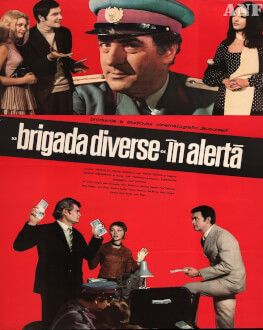 Trying in vain to trace some counterfeiters, the flying squad lead by captain Panait shadows three crooks unwillingly involved in counterfeit money dealings. The squad descends on their hiding place too late: the forgers had already been arrested. Back for a new mission, the squad will arrest the three crooks and a group of beautiful women who pretended to be widows but they were swindlers, too.