Just Don't Fuck! + The Rape: Anne, Corinne, Annie, Brigitte, Josyane, Monique, and the others... + The Prostitutes of Lyon Speak 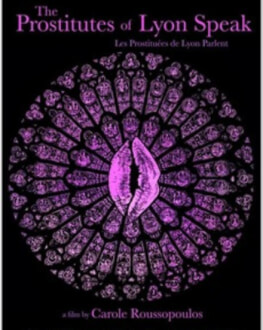 Paris, 1971. Just as in Romania in the same period, abortion and free contraception are still illegal in France. Feminists are fighting in the streets - we see images of a major protest which took place on November 20th -, as well as in their homes - practicing illegal abortion (here with the Karman method). Made with various type of footages, this militant feminist film questions the pleasure in sexual intercourse between women and men and why some women and men decide not to keep a potential child, deconstructing in a very delicate manner the major anti-abortion discourse we can see on extracts from the French television. This is a very important film as it is unfortunately still very current: extremist people from various religious beliefs are taking the power in many countries, resulting in a regression of the victories we thought our mothers and grandmothers already secured. More than ever, we can sing together with these women from the MLF (Mouvement de Libération de la Femme): "Arise, sisters enslaved. Break our chains, we will be saved. Arise!". (by Vanina Vignal)

"Rape is the action that encompasses all the hatred and the contempt against women. The war exists and we have not declared it. It is up to us now to defend ourselves and to respond." (Annie Cohen).

Two young teenagers, Corinne and Anne, are talking about Anne’s rape testimony during a famous French TV broadcast "les dossiers de l’écran" - where she was accompanied by her lawyer Gisèle Halimi - we see extracts of this 1978 show. As usual when it comes to women, her rape and its (traumatized) consequences are minimized by the men on the set and Anne is presented through their judgemental gaze. Anne and Corinne are also part of a collective of women reflecting (and acting concretely) on the violence perpetrated on them by the society (mainly by men), on the everyday assaults they are suffering in the streets (only by men), on rape (by unknown people or by "lovers"), on justice, repression as well as the roots of their own alienation. This film is a rare opportunity we are given to accompany all these women while they are building a complex, nuanced and liberating reflexion. (by Vanina Vignal)

On June 2nd of 1975, around 200 female sex workers set up a dormitory and occupied the Saint-Nizier church in Lyon. They were protesting against the brutal torture and murder of sex workers and the fact that the police, instead of going after the perpetrators of these crimes, preferred to fine and imprison the women who reported them. These women talk with Carole Roussopoulos about their lives as prostitutes - an economic necessity brought on by a system that undervalues and oppresses women and then condemns them for the choices they make -, but moreover as women and as mothers. They demand police abuse and state hypocrisy to be stopped, together with tax and social harassment: the state profits massively from their work, while refusing to acknowledge their rights. Outside of the church, the onlookers and passersby (mainly men) can see the debates as they are broadcasted on video screens. Their protest action itself was short lived but it captured national attention and consequently was the start of similar church occupations throughout France. It is commonly regarded as the birth of the modern sex workers rights movement all around the world. Sadly, little appears to have changed in the years since 1975. The fight must go on, everywhere! (by Vanina Vignal)

The access to safe abortions for Romanian women, a right which exists only on paper

In 2021, for many countries around the world, women’s bodies are still a battlefield – they are not given access to contraception methods, abortion is banned, and there is no sex education, nor campaigns meant to inform them about their sexual and reproductive rights. Romania is one of those countries. In the last 10 years, women and teenagers didn’t have access to free contraception anymore, and many of the family planning clinics have closed. The access to abortion is not prohibited, nor is it easy to come by, for that matter: during the state of emergency (March 15 – May 15, 2020), only 11 hospitals in the country still performed terminations of pregnancy, none of which in Bucharest (the FILIA Center, 2020.)

In 2021 the FILIA Center resumed research concerning the access to safe, on request terminations of pregnancy, and the complete report on the 2020 situation will be published in June. Part of the data obtained by FILIA will be made public at the festival. We already know, from the data obtained at the end of last year, that some Romanian women performed abortions at home, in improper conditions and without medical supervision, due to not having access to this procedure. During the time of the decree which banned abortion, at least 10 000 women have died, and over 100 000 suffered mutilations after having tried to perform an abortion at home, helped by partners, friends, or doctors who risked jail for the help they were offering. Our recent history clearly shows us that we cannot follow the example of Poland or Malta and to force women to become mothers: women’s lives and girl’s lives matter.