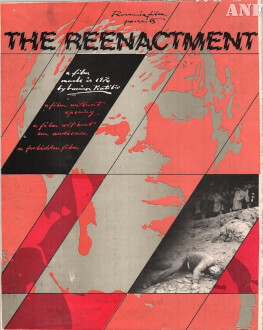 Getting drunk, Ripu (Vladimir Găitan) and Vuică (George Mihăiță), two young secondary school graduates, come to grips with the waiter and break his skull. The prosecution obliges them to re-enact the facts in order to produce an educational film. But the way the two friends - now sober - play the altercation is not convincing, so the prosecutor (George Constantin) and the police bodies keep pushing them until, by accident, Vuică is deadly wounded during the shooting of the re-enactment. The prosecutor and his men immediately leave the place, and Ripu falls into the hands of an irritated crowd: a great number of excited men who have just watched a football game.

The film premiered in Romania January 5th, 1970 and it was withdrawn from the cinemas shortly after its premiere.