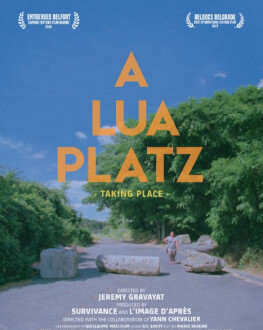 In a Paris suburb, two men in a car make frantic phone calls to figure out a place where they could spend the night: this first scene in the film, which repeats itself in thousands of versions throughout Europe every day, encapsulates the immigrant Roma experience of the past few decades. In France, where Jeremy Gravayat produced his documentary, Roma have fallen victims to mass deportations, forced evictions from houses and informal encampments, as well as inevitably racially charged gentrification plans. In 2017 alone, 11,000 Roma were forced out of the places where they lived without being offered alternative accommodation. Out of empathetically-captured scenes and beautiful archival materials, this films constructs an alternative space where the history and the present of Roma can find a home, on its own terms, which alre alternately poetic and urgent. (by Mona Nicoară)