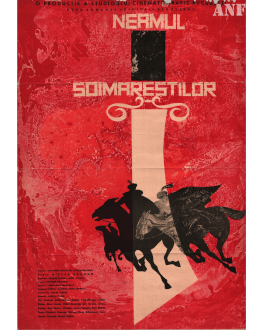 Screnplay: Alexandru Struțeanu, Constantin Mitru, adaptation of the novel with the same title by Mihail Sadoveanu

Moldavia of the XVIIth century. Tudor Şoimaru, (Mihai Boghiță) a soldier in the army of voivode Tomşa (Ion Besoiu), together with two friends of his, tries to save Magda (Ana-Maria Nicolau), boyar Orheianu's (Ștefan Ciubotărașu) daughter, from Cassack hetman Vasca who abducted her. Tudor falls in love with Magda, but she doesn't love him back. In spite of his feelings for the girl, when Tudor finds out that it's boyar Orheianu who had killed his father and had plundered his land, he takes the law into his hands: he kills the boyar and sets his mansion on fire.

The film premiered in Romania April 12th, 1965. It won UNIATEC Prize of excellency for photography, Milan, 1964.