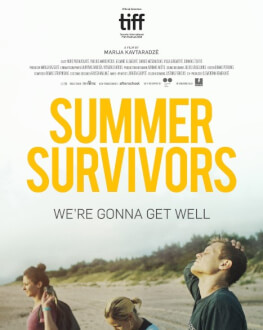 Synopsis: An ambitious young research psychologist, Indre, who has reluctantly agreed to transport two patients from one psychiatric unit to another in exchange for research privileges at her clinic, finds herself the leader of a rather rag-tag band on the long journey to the sea. Outgoing Paulius is a young man whose manic stage of his bipolar disorder stands in great contrast to the introvert Juste whose wounds are hidden from sight, but they both struggle to fight the inner battles that define them. As they all navigate the survival process together, what looks like a carefree summer ride with friends sharing laughs from the outside, could actually be the beginning of healing in this bittersweet story that – just like summer – is full of hopes, surprises and the promise that anything is possible. (heretic.gr)