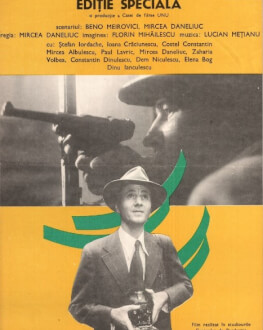 In Romania of year 1939, Matei Olaru, a journalist, witnesses a young underground militant having communist ideals being arrested. When the woman manages to escape, the police contact Olaru and send him on the lookout for her. Infiltrating the communist circles, the journalist will adopt their principles and this will finally cost him his life.