THE DESTRUCTION OF MEMORY 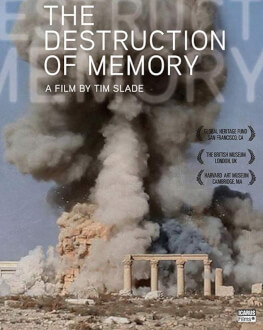 During the last century, the destruction of cultural heritage has had catastrophical consequences all over the world, and said war against culture is far from over. Unfrotunately, it’s impact is growing. In both Syria and Iraque, the so-called ”cradles of civilization”, thousands of years worth of cultural heritage dissappear as we speak, and through the ruination of the patrimony, the memory of these places is ruined as well.

This problem is not at all new. The Destruction of Memory encompasses the destruction of cultural heritage in the span of the last 10 years, while also pointing out the legislation resulted from these conflicts. The movie is based on the homonymous book, written by Robert Bevan.