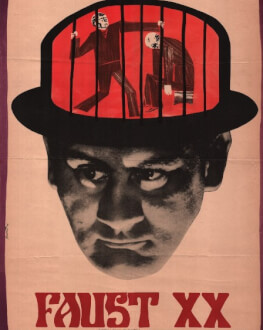 A famous professor accepts Mephisto's proposal and undergoes a strange operation: his personality is transferred to a young body. And it is the devil's trick that the chosen young body is Toma's, the professor's assistant and the fiancé of his daughter's Emma. After this miraculous change, Toma - a mature man now - finds comfort and pleasure in the arms of beautiful Margareta and stops Mephisto from ever doing such tricky works. Transferring his own personality into Margareta's, the devil will be amazed to find that he's expecting a baby.