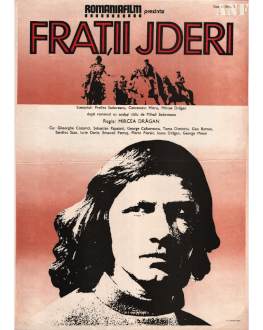 Ionuţ (Sebastian Papaiani) is the youngest son of equeery Jder (Marten) (Geo Barton), one of the most reliable men of Stephen the Great (Gheorghe Cozorici). He falls in love with Nasta (Valeria Marian), a boyar's daughter whom Alexăndrel (Ştefan Velniciuc), the ruler's son, is also in love with. Loving Ionuţ back, Nasta fills his heart with an energy undreamt of, making him act bravely on several occasions: the attempt of some enemies to take away the ruler's horse, the plot against the prince, the invasion of the Tartars.

The film premiered in Romania April 22nd, 1974. The actor Ștefan Velniciuc makes his debut in this film.