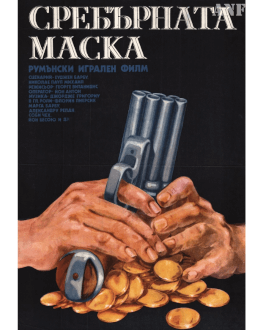 Mărgelatu (Florin Piersic), the main character of the series inaugurated by "The Death Road”, manages to escape from prison. To compromise him in front of his friends of the "Brotherhood" society and to alert the police, a guy dressed exactly like him and wearing a silver mask commits a series of crimes in his name. In the same time, Agata Slătineanu (Marga Barbu) and Serge (Alexandru Repan), the crook, kill boyar Vîlcu (Marin Moraru) and rob him of his gold. Helped by his friend Buză (Szobi Cseh), Mărgelatu manages to recover the gold for the "Brotherood" and to expose the man wearing the mask: he's Aristide (Ovidiu Iuliu Moldovan), Agata's nephew, who only followed her orders..

The film premiered in Romania May 25th, 1985. It is the fourth film in the Mărgelatu series.