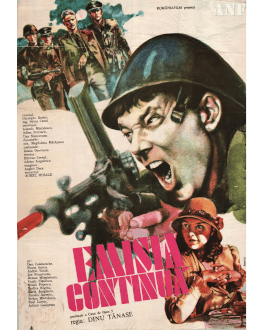 During World War II, a Hitlerite unit attacks the defence system of the "Radio Romania" station near Braşov and takes captain Cernea (Dan Condurache) - its commander - prisoner. Since the Germans threaten to kill Cernea, the Romanian counter attack is postponed. But through a clever manoeuvre, lieutenant Gherghina (Florin Anton), the deputy commander, assumes the offensive, also preventing the killing of his captain

The film premiered in Romania August 21st, 1984. It won The Best Music Prize and Diplomas of Honor for Photography and Editing at ACIN Awards in 1984.