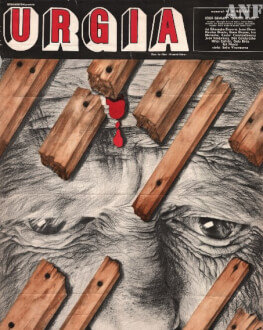 Screenplay: Florin Năstase, adaptation of the story of the same name by the same author

The day they celebrated their village being proclaimed a city, the people attending the festivity were amazed to see a fellow villager - whom they believed to have been killed during the WWII - showing up. And to their great astonishment they would learn that for 30 years the man had been living a secluded life in the cellar of his house, not even knowing that the war was over.

The film premiered in Romania February 20th, 1978. It is the directorial debut of the cinematographer Iosif Demian.