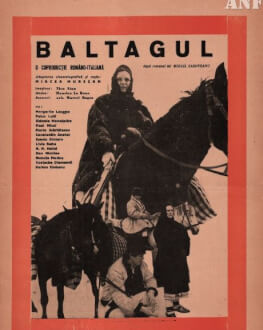 Screnplay: Mircea Mureșan, adaptation of the novel with the same title by Mihail Sadoveanu

The film presents accurately the narration of Sadoveanu's novel, describing the road that mountaineer Vitoria Lipan (Margarita Lozano), a shepherd's wife, takes to find her dead husband and to expose his killers.

The film premiered in Romania October 27th, 1969. It was a Romanian-Italian co-production, Margarita Lozano’s voice was dubbed by Eugenia Bosînceanu.