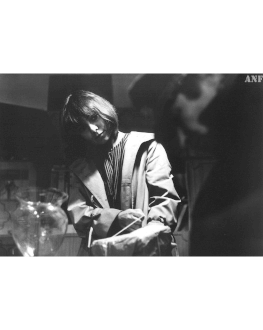 Victor (Ștefan Iordache), a long-sails seaman, comes home for a short halt before sailing again on board an ore-carrier. His trying to makeup with his wife Irina (Valeria Seciu), fails; the woman is sick and tired of waiting for him. In the harbour, Irina witnesses the courageous action of Victor, who dives to repair a defect in the axis of the ore-carrier. Impressed by his moral force and by the crew's looking up to him, she realizes she can't leave the man.

The film premiered in Romania June 16th, 1980 and it represents the cinematographic debut of the theater director, Tudor Mărăscu. Valeria Seciu received Best Actress Prize for her role Irina in the 1981 edition of Costinești Film Festival.