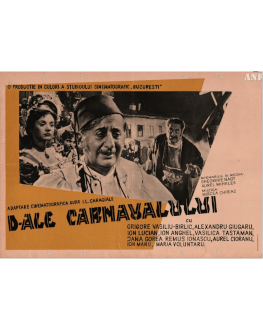 Nae Girimea (Ion Lucian), a hairdresser in the outskirts of Bucharest at the end of XIXth century, finds a new lover, Didina Mazu (Vasilica Tastaman). Miţa Baston (Jana Gorea), his “dearest” lover and the violent Pampon (Alexandru Giugaru), Didina’s official lover get deeply offended. During a carnival, while trying to find and punish the insolent hairdresser, there appears Crăcănel (Grigore Vasiliu-Birlic), Miţa’s official keeper. In the bustle of several comical situations, helped by masks, costumes and his inventiveness, Nae succeeds in hoaxing everybody; he conciliates with his two lovers and becomes friends with the two cuckolded men.