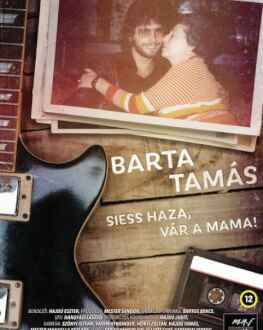 In 1974, Tamás Barta was at the peak of his career as the bassist of Hungarian rock band Locomotiv GT, but he decided to defect while on tour in the United States. He left his band mates and, most of all, his widow mother, Edit, waiting for him in communist Hungary. After her death, Tamás' adopted sister Judit found 12 audio cassettes. They were the tapes he and Edit used as correspondence during the eight years Barta spent in America. The tapes contain shockingly intimate, frank and dramatic "conversations" showing how different were the worlds the son and the mother lived in...