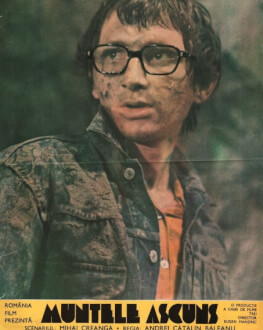 Engineer Cornea (George Constantin), his wife, Ioana (Dana Comnea) and two children, live in the surroundings of the site he runs. The arrival of Petru (Horațiu Mălăele), Ioana's son of her first marriage, seems to disturb the peace of the family. But the engineer tactfully makes him observe the discipline on the site. And when his father (Ștefan Tapalagă) comes to take him home, the young man chooses to stay.

The film premiered in Romania March 3rd, 1975. It is the feature film debut of the director Andrei Cătălin Băleanu and the character Petru is the first cinema role of the actor Horațiu Mălăele.