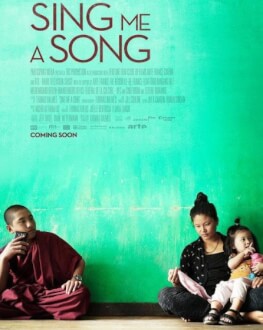 As the Internet finally arrives in tiny Bhutan, documentarian Thomas Balmès is there to witness its transformative impact on a young Buddhist monk whose initial trepidation gives way to profound engagement with the technology. The film follows Peyangki in his rural monastery as he forms, via WeChat, a virtual relationship with a barroom singer named Ugyen who lives in the capital, Thimphu. She sings him love songs while he saves money from collecting medicinal mushrooms to go visit her. We watch their long-distance relationship evolve from both sides. As with all internet dating, there are obfuscations and false projections about the future.