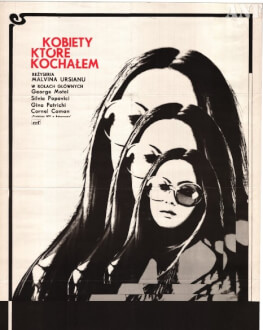 Andrei, a Romanian architect now living abroad, comes to his homeland for a few days together with his wife, Hanna. He meets former colleagues of his - among which Lena, his great love. And an old friend - now a famous doctor - definitely confirms the diagnosis of his hopeless illness. Knowing that he won't live much longer, Andrei realizes - while wandering through the country - that he has always belonged here. And even if Lena goes back to her husband - meeting him only touched her shortly - Andrei stays, while his wife goes back home alone.

The film premiered in Romania January 28th, 1974. It won Great Prize and Best Actor Prize (George Motoi) in the 1974 edition of the ACIN Awards.