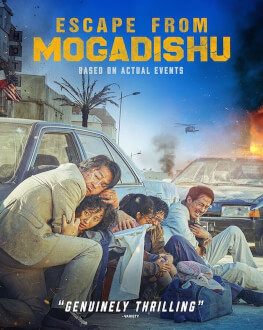 1991, Mogadishu. Somalia is still ruled by the Barre government but threatened by rebels. Meanwhile, both the North and South Korea are lobbying to be admitted into the United Nations and looking towards the Somalian government for support. Dae-jin, an intelligence officer working for the South Korean embassy, is tasked to passing gifts from the embassy to the Somalian president. But Dae-jin and his team are attacked by rebels and soon the officer will understand that North Korea may very well be behind the attack.