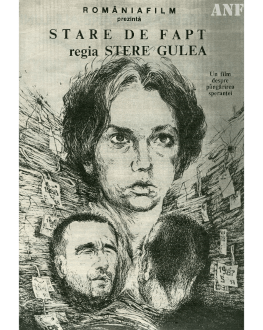 Produced by: Cinerom, The Film Studio of Ministry of Culture

In the night of December 21st 1989, a woman witnesses several young men being killed in the hospital where she works. While the Revolution is presented live on TV, she sees the assassins pretend to be revolutionaries and tries to expose their true identities. But since they work for the Security - the structure that is behind all this - her life will become a nightmare.